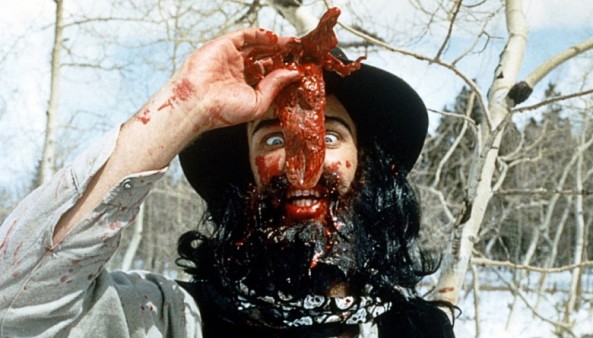 The would-be victim from Switzerland answered an internet advert from the 43-year-old man seeking a person who would agree to be killed, cooked and eaten. He claims he thought the offer was nothing more than a ‘macabre fantasy game’. But after telephone conversations with the unnamed man, he realized he was “deadly serious”, he said. He alerted Swiss police who informed their Slovakian counterparts on Monday.

They sent in an undercover officer posing as the victim in a sting operation to catch the suspected cannibal. During the arrest, a gunfight ensued in which the cannibal and a police officer were both injured. A Kysak police spokesman said: “It appears this man was genuinely seeking to eat someone. “His advert said he wanted someone who would agreed to be put to sleep then killed, cut up, cooked and eaten. “One of our officers and the suspect both suffered gunshot wounds during the arrest and are both being treated in hospital.”